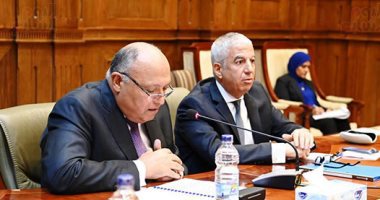 Egypt’s Minister of Foreign Affairs Sameh Shoukry stressed that one of the most important achievements of the UN Conference of Parties on Climate Change (COP27) that was organised by Egypt last November was the launch of the Global Renewable Hydrogen Forum initiative, which Egypt and Belgium worked on over the past period.

He added that the initiative aims to create a permanent platform for dialogue between hydrogen producing and consuming countries.

Shoukry’s statements came during a speech at a meeting with the Foreign Relations Committee in the House of Representatives on Sunday to present the negotiations that took place at the CO27.

He also explained the benefits and successes that have benefited the Egyptian state from this summit.

The minister noted that Egypt has taken several measures to increase dependence on green hydrogen, pointing out that the global energy crisis posed a challenge to countries to secure their energy needs.

“Egypt has taken steps in new and renewable energy that pour into the issue of change and many paths have been taken to serve the Egyptian citizen for the first time,” he continued.

Shoukry also explained the challenges of water and food security, calling on members of the House to continue to discuss this issue and interact with the government and deliver it to citizens.

The FM also reiterated his praise for the success of the Egyptian state in organising the climate conference and the ability of the negotiating team from the Ministry of Foreign Affairs, who managed the negotiating process efficiently and wisely, contributing to finding consensus on the outcomes of the conference.

He pointed out that the final decisions of the conference came to confirm Egypt’s success not only at the distinguished level of organisation and logistics of the climate conference, but also at the level of leading collective international action in the field of climate, which is another diplomatic successes in the Egyptian government’s favour.