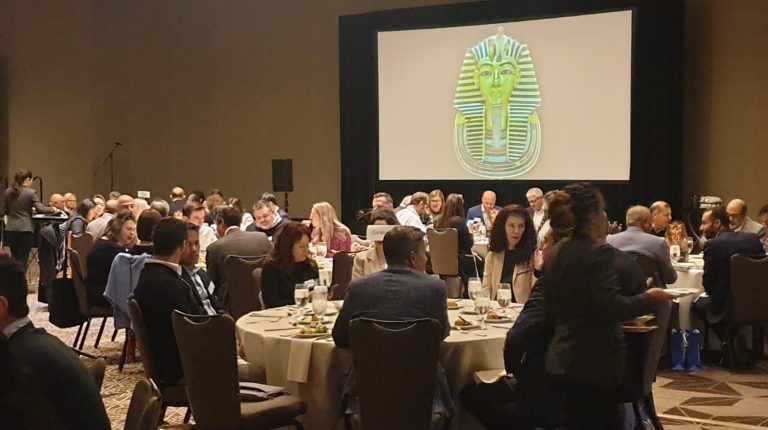 The Egyptian Tourism Promotion Board (ETPB) participated in the annual conference of the United States Tour Operators Association (USTOA), which was held from 28 November to 2 December in Texas.

CEO of the ETPB Amr Al-Kady, President of the Egyptian Tourism Federation Ahmed Al-Wasif, Director of the North American Unit of the ETPB Wael Mansour, and more than 30 Egyptian tourism companies and hotels participated in the event.

Al-Kady explained that the Egyptian participation this year comes as a continuation of the authority’s participation in this international tourism gathering, which is holding its 50th anniversary this year.

The authority concluded its participation in the conference by sponsoring the official luncheon for the conference in the presence of Al-Kadi, Consul-General of Egypt in Houston Hossam Qawish, Al-Wasif, and more than 800 American and international tourism and airline companies.

For his part, Mansour indicated that the conference included many seminars and panel discussions in addition to bilateral meetings between the authority and the American tourism companies, pointing out that this conference is an important opportunity to communicate with professional partners in the US, which is one of the most important markets exporting tourism to Egypt due to the US tourist’s high spending habits and the competitive advantage of the Egyptian tourist destination in the US market.

He also referred to the numerous meetings held by the CEO of the authority during the conference period with representatives and officials of American tourism companies, during which he explained the advantages and distinctive elements of the Egyptian tourist destinations and the various tourist experiences that tourists can enjoy during their visit.