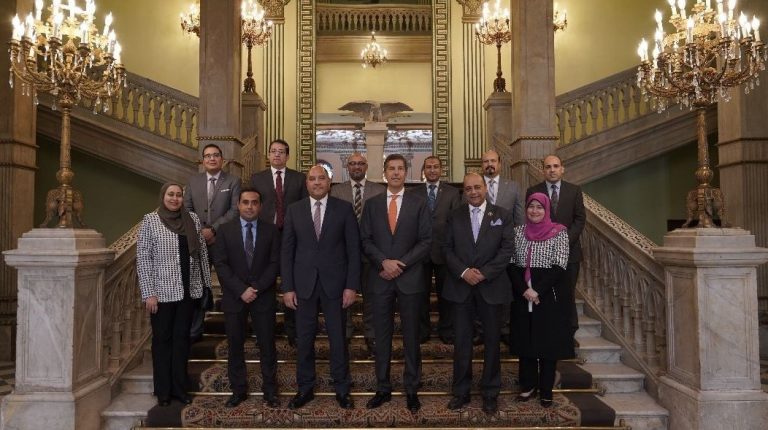 The National Bank of Egypt (NBE) signed a long-term investment financing contract worth EGP 393m in favour of the Egyptian General Company for Tourism and Hotels (EGOTH) with the aim of restoring the distinctive archaeological character to the Winter Palace Hotel in Luxor.

This comes within the framework of the CBE’s initiative, which aims to finance the replacement and renovation of residence hotels, floating hotels, and tourist transportation fleets.

Yahya Aboul-Fotouh — Vice Chairperson of the Board of Directors of NBE — said that the financing comes within the framework of the bank’s continuous support for the tourism sector in Egypt, which is one of the most important economic sectors and a major source of foreign currency, as it provides many job opportunities, which encourages the bank to support this sector permanently.

For his part, Sherif Bandari — Chairperson of EGOTH — praised the prominent role of the NBE and its continuous cooperation in providing the necessary financing for companies with the aim of replacing and renovating hotels in a way that serves and achieves the strategy of the tourism sector in Egypt.

Bandari stressed that the facilities granted by the NBE are clear evidence of the strong trend towards supporting tourism activity and working to support it to face all challenges despite the global economic repercussions, thanking the bank for its active role in completing the financing contract successfully and in accordance with the requirements of the project.

Sherif Riyad — CEO of Corporate Bank Credit and Joint Loans at the National Bank of Egypt — explained that the financing value amounts to about EGP 393m with a contribution rate of 75% of the total investment costs, amounting to about EGP 524m with a financing period of 12 years, including the withdrawal and grace period.

He pointed out that the funding aims to replace and renovate the Winter Palace Hotel in Luxor. The hotel will be redeveloped to keep pace with the latest systems and standards of five-star hotels, while preserving the archaeological and historical architectural character of the palace as part of the state’s plan to develop all historical facilities across the country to attract tourism and foster foreign currency inflows.

The Winter Palace Hotel was established in 1886 and was opened for the first time in 1903.