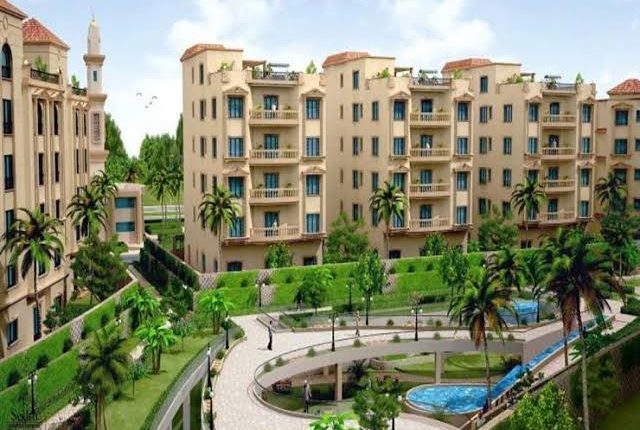 The Egyptian government announced that it is reducing the subsidised financing tranche allocated within the mortgage financing initiative for the middle-income segment at an 8% interest rate on a decreasing basis to EGP 15bn instead of EGP 50bn according to ministerial decision published in the Official Gazette on 20 November.

The decision, however, stipulates that the Ministry of Housing, Utilities, and Urban Communities would support the interest difference in the initiative and compensate banks for this difference instead of the Central Bank of Egypt (CBE).

Three years ago, the CBE launched an initiative for mortgage financing for middle-income citizens with an annual interest rate of 10% on a decreasing basis before reducing it to 8% in March 2020 due to the COVID-19 pandemic.

The ministerial decision included the transfer of five interest-subsidised initiatives from the CBE to three government agencies, namely the housing ministry, along with the Ministry of Finance, and the Tourism and Antiquities Support Fund. This was one of the International Monetary Fund’s (IMF) demands to reduce the burden on the CBE’s budget.

On 27 October, Egypt announced it reached an agreement with the IMF at the expert level on a 46-month programme of cooperation in economic reform, which includes $3bn in financing in addition to making available an additional $1bn through the IMF Resilience and Sustainability Trust and $5bn more from international partners.

The decision also mentioned five initiatives whose support has been transferred from the CBE, which is mortgage financing with an annual interest rate on a decreasing basis of 8% for middle-income people, 3% for the middle and low-income segment, the tourism initiative with an interest of 11%, and the initiative to replace vehicles with dual fuel (fuel and gas) with an interest of 3%, along with the initiative for funding the transition to modern irrigation methods with zero interest.

This decision came due to the pressures caused by the cost of the CBE’s initiatives on its budget, which incurs losses at the level of net business results due to its support for interest and the payment of the difference between free and subsidised interest rate to banks.

Additionally, the decision prohibits all agencies or bodies — including the CBE — from preparing, formulating, or financing any new initiative or amending any existing initiative that entails direct or indirect financial burdens on the public treasury except after the approval of the Cabinet based on a study prepared by the Ministry of Finance.

Undersecretary of the Housing Committee at the House of Representatives and Chairperson of the Real Estate Development Chamber at the Federation of Industries Tarek Shoukry said that there are many variables and challenges facing the real estate sector currently due to USD appreciation and the effects of the Russian-Ukrainian War.

Shoukry added that the decrease in financing granted to real estate developers at an interest rate of 8% represents a new burden on property developers who will bear this cost.

“We are looking for cheaper financing mechanisms with other parties such as the Ministries of Finance and Housing,” he said, explaining that all industrial and real estate raw materials would cause more increases in property prices estimated at 10 to 15%.

For his part, Daker Abdellah — a member of the Real Estate Investment Division of the Federation of Egyptian Chambers of Commerce — said that reducing the mortgage financing subsidy initiative and cancelling the financing industrial sector initiative will have an impact on slowing growth of real estate sales in some real estate types, especially middle-income housing.

Abdellah added that it would also lead to an increase in the cost of building materials, which would in turn lead to relative increases in the prices of properties.

He suggested the need to develop a vision to provide financing alternatives for these initiatives, including the entry of the banking sector into a partnership system with real estate developers who wish to provide liquidity for construction operations. This would help investors to deliver their projects in time.

He further recommended financing real estate projects with interest lower than the current so that developers can reduce their costs, which would be reflected in the existence of relative stability in prices of offered units and the activation of the sales.

He highlighted the need to extend project delivery periods for real estate developers or contracting companies, even for a specific period, so that there is no decline in sales or failure to deliver projects, whether to the government or citizens.

Abdellah also stressed the necessity of facilitating procedures for obtaining loans with the guarantee of residential units established or under construction so that the burden on any buyer is reduced.

He added that Egypt’s real estate sector is strong and can withstand crises, and the local market is qualified to accommodate more property projects in various cities, especially since there is a continuous growth in demand in light of the increase in population or the desire to move to integrated real estate projects that use modern technology.

The decision represents a new burden on investors

Similarly, Abeer Essam — member of the Real Estate Development Chamber at the Federation of Egyptian Industries — said that gutting the initiative for real estate developers represents a new burden on real estate companies, but the Real Estate Development Chamber is searching with the Ministry of Housing and the Ministry of Finance for sources and alternatives for low-interest financing.

Essam added that despite the impact of the decision on the prices of building materials, there is still an annual gap between available and required units in the Egyptian market, which is the main indicator of sales and market movement.

The state has entered strongly into the middle- and low-income housing segments and is committed to covering the largest percentage of the market, as real estate development companies have begun to retreat from these categories, yet the current real estate projects for these segments do not meet the number of housing units required annually, she elaborated.

She emphasized that some expectations of a slowdown in residential unit sales, especially in middle-income segments, are incorrect.

She also explained that the real crisis that the real estate market is suffering from lies in the unit pricing process, which has become almost daily due to the current changes and challenges as a result of the rising value of the USD and the repercussions of the Russian-Ukrainian War.

Mortgage financing initiatives have not stopped for social housing

Meanwhile, Mai Abdel Hamid — CEO of the Social Housing and Mortgage Support Fund — said that the fund is committed to all previous initiatives with beneficiaries in mortgage financing initiatives and confirmed that no previous announcements have changed their conditions.

Abdel Hamid added that previous mortgage financing initiatives have not stopped, no conditions for old ads have been modified, and the fund is committed to all previous ads with their terms, so no beneficiaries will be affected.