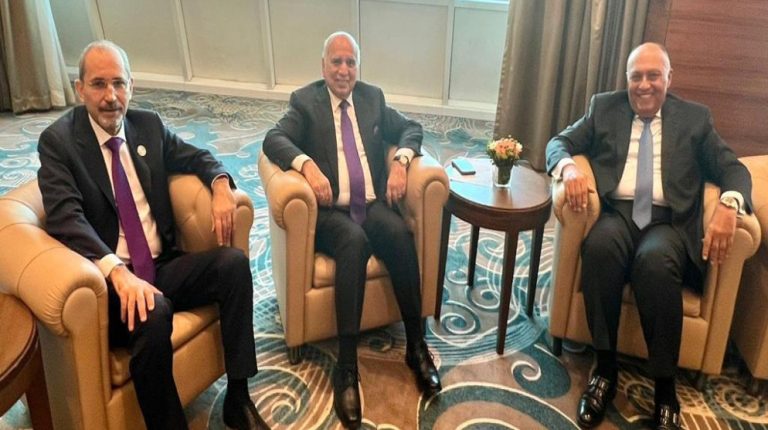 Egypt’s Minister of Foreign Affairs Sameh Shoukry headed to Amman on Tuesday to take part in the ministerial meeting of the trilateral cooperation mechanism between Egypt, Jordan, and Iraq.

According to a statement by the ministry, the meeting of the tripartite mechanism is scheduled to discuss the implementation of the trilateral cooperation projects proposed by the three countries in many areas in implementation of the directives issued by the leaders of Egypt, Jordan, and Iraq in their various meetings to promote common interests.

He added that the meeting will also discuss the current international and regional situations and the challenges they pose, which require continuous coordination between the three countries, in addition to contributing to resolving the crises in the region and strengthening the peace and security structure.

According to a statement by the Jordanian foreign ministry, “the trilateral cooperation mechanism between Jordan, Iraq, and Egypt aims to increase cooperation between the three countries in the sectors of trade, industry, economy, land transportation, electricity, and energy.”

The FM of the three states held a series of meetings within the framework of the mechanism, the latest of which was held on 2 November 2022 on the side-lines of the summit-level meetings of the Arab league in Algeria.