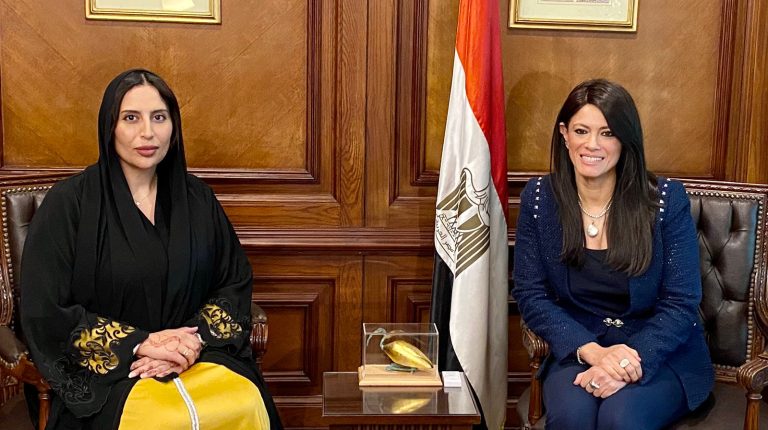 Minister of International Cooperation Rania Al-Mashat met with Maryam Khalifa Al-Kaabi — the UAE’s Ambassador in Cairo and Permanent Representative to the Arab League — within the framework of the periodic meetings she holds with multilateral and bilateral development partners.

At the beginning of the meeting, Al-Mashat stressed the close historical relations that bind Egypt and the UAE, which are characterized by privacy and diversity at the level of all areas of priority for the two brotherly countries over the past 50 years.

She also stressed the importance of moving forward in developing and pushing forward relations to include more aspects of economic, commercial, and investment cooperation in light of the requirements and priorities of the two countries’ development plans, as well as strengthening cooperation through Emirati financing institutions, whether the Khalifa Fund for Enterprise Development or the Abu Dhabi Development Fund in a way that maximises the benefit from mutual relations and pushes sustainable development efforts.

Additionally, she said that despite the challenges the world has been going through since 2020 as a result of the coronavirus crisis and its successive consequences, as well as the developments resulting from the Russian-Ukrainian War, the Egyptian economy is moving forward based on economic reform plans in order to enhance development efforts.

Al-Mashat was also keen to review the results of the COP27 and the initiatives launched by Egypt under its presidency, noting that financing partnership agreements were signed related to the implementation of the National Platform for Green Projects, which includes nine priority projects selected from the 2050 National Strategy for Climate Change.

For her part, Al-Kaabi praised Egypt’s organisation and hosting of the COP27 and the importance of cooperation between the Egyptian and Emirati leaderships to build on what was achieved in the conference in order to achieve more progress in the climate action file during the presidency of the UAE for the next edition.

The ambassador also praised Egypt’s development efforts and the UAE’s keenness to move forward in further consolidation of the ties that bind the two countries.