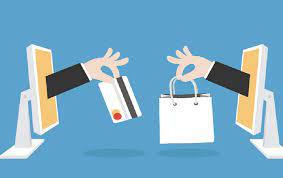 From the womb of crisis, opportunities are born. The consumer finance sector, the active player in the current circumstances, benefited from the high inflation in Egypt.

High inflation is always associated with a weak purchasing power of consumers, which has increased the demand for consumer financing services during the last period.

The report also showed that consumer finance companies provided financing of about EGP 26.84bn during the first 11 months of 2022, compared to EGP 15.157bn during the same period in 2021, with a growth rate of about 77.1%.

Mohamed El-Fike, co-founder of the Sympl platform that specializes in Buy Now and Pay Later services, said that inflation has led to an increase in the demand for goods, but the lack of supply of goods causes the incompleteness of a large number of operations, and the biggest challenge currently is the supply of goods.

He added that the existence of the financial culture of the consumer is essential, especially since lack of awareness can cause the customer to stumble, and the regulatory authorities have added more safety to the customer by regulating the relationship, which regulates financing relationships for more than 6 months.

He pointed out that the volume of internal trade in Egypt amounts to about EGP 1trn, of which EGP 400bn are funded by financial institutions, while the EGP 600bn are money managed between individuals to buy goods and others.

The FRA’s report on consumer financing activity revealed that the purchase of electrical appliances and electronics accounted for the largest percentage of the total value of the financing provided by about 37.94%, followed by the purchase of cars and vehicles by about 28.31%, and durable goods at a rate of 6.53%, and purchases issued with one invoice accounted for shops and various commercial chains at a rate of 5.80%, and furniture and home equipment at a rate of 5.78%.

Saeed Zaatar, Chairperson of the Consumer Finance Union and CEO of Contact Financial Holding, said that the volume of consumer financing activity is increasing and growing steadily during the recent period, noting that there is a direct relationship between high inflation rates and the increase in demand for consumer financing.

Zaatar explained to Daily News Egypt earlier that consumer finance companies have an important role to play in absorbing inflation through the instalment mechanism, adding that they are totally and partially linked to the interest rates set by the Central Bank, on the basis of that interest, these companies borrow from banks and then Lending to customers at different interest rates according to different risk factors.

Zaatar indicated that the companies study the customers well and give the customer according to his creditworthiness and ability to repay, and at the same time fully and completely cooperate with the “i-Score” company for credit inquiries, through which the customer’s payment history is read, as he tries to classify the customer.

A source, who refused to disclose his name in a consumer finance company, suggested that the coming months will witness a boom in the non-banking finance sector, especially in the microfinance and small and medium-sized enterprises financing sectors, and then a recession is likely to occur later in the medium term.

He expected an increase in default rates, especially in light of market fluctuations and an increase in interest rates than expected, which led to an increase in the cost of financing for customers with a shortage of resources and the crisis of importing some resources such as auto parts, soybeans and other resources, while the demand for products was stable and even increased.

He explained that consumer finance in particular will not be greatly affected, on the contrary, it will thrive because it is one of the most important tools for absorbing inflation, and it will complete the process of prosperity at least until the third quarter of 2023, and there are about 37 companies in this sector. He also expected a significant increase in microfinance and small companies, which will cause a large increase in dealers, but on the other hand, in the medium term, it will not flourish to increase the percentage of legislation and procedures, such as stopping completions and others.

He pointed out that the increase in corridor prices twice by about 8% during the current year from the normal rate, led to an increase in average interest rates, but at different rates from one entity to the other borne by the customer.