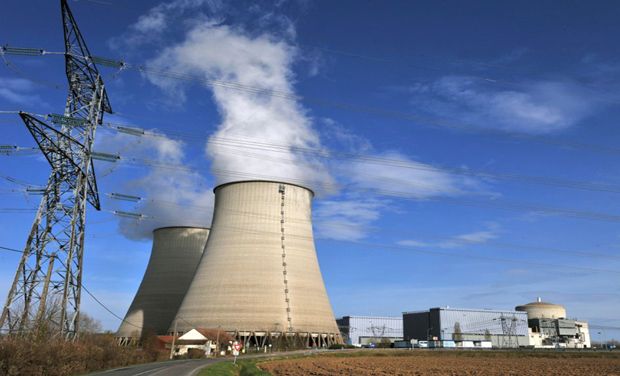 Several hours before the signing of the final contracts of the Dabaa nuclear plant, concerns still abound over its impact as well as social, economic, and political risks. Others believe that nuclear energy will contribute to securing the country’s needs of electricity and reduce the consumption of fossil fuels.

Daily News Egypt met a number of economists and nuclear energy experts to explain the economic feasibility of the plant, its added value, and the impact on society.

How long does it take to build a nuclear plant?

The construction stage lasts for 5-7 years, followed by experimental operation, loading of nuclear fuel, and conducting experiments for two years. The full operation of the first two reactors starts after six years from the start of construction.

Why is the cost of nuclear plant construction expensive compared to traditional ones?

The cost of constructing a nuclear plant is five times higher than traditional plants. However, low operating costs, cheap fuel, and the long lifespan make it more economic than traditional ones.

Nuclear power is considered competitive against fossil fuel plants, despite the high total cost of constructing nuclear plants, taking into consideration the waste disposal costs and dismantling the plant after its expiry, about 60 years. However, if we considered the health and environmental risks of fossil fuel stations, using nuclear energy becomes worth consideration.

What is the difference in cost between nuclear and fossil fuels?

When the price of natural gas is more than $8 per million thermal units and oil costs over $45 a barrel, nuclear fuel is much cheaper. A single nuclear reactor with a capacity of 1,200 MW requires $60m-worth of nuclear fuel annually compared to $200m in combined cycle stations and $500m in steam stations.

Who is the supplier of nuclear fuel for the Dabaa plant?

According to the agreement, Russia will supply Dabaa with nuclear fuel for 60 years at the agreed prices. If Russia fails to supply the plant’s needs of fuel, Egypt has the right to import nuclear fuel from any other country, imposing daily fines on Russia.

How much is the total cost of the Dabaa nuclear plant?

The project will cost $45bn until commercial operation. A Russian loan will cover 85% of the total costs while the remaining 15% will be provided by Egyptian banks. The cost also includes the interests of the Russian loan and the cost of contracting a foreign consultant for the project.

The global cost of producing 1 kW of nuclear power is 7-8 piastres.

How will Egypt recover the cost of constructing the station?

Egypt can recover the cost of constructing the nuclear plant through saving on fossil fuels over 13-15 years. The Dabaa plant will operate with a capacity of 4,800 MW, providing electricity for 10 million housing units with a consumption rate of 200-300 kW per month.

What is the impact of the nuclear plant on consumers?

After reducing subsidies on oil and electricity, the price of power supply for consumers increased significantly. Therefore, adding the new capacity of the Dabaa nuclear plant will balance the process of selling energy to consumers because it will cost less.

Adding new capacities from solar, wind, and nuclear plants, as well as the rationing of consumption would contribute to the decline in the consumption bill especially after the liberalisation of electricity and oil prices.

Why would Egypt build a nuclear power plant, despite having capacity reserves up to 10,000 MW?

When Egypt decided to build the High Dam, its power represented 80% of the generated electricity in Egypt back then, and when the growth rates increased, this production capacity became insufficient. It is necessary to establish new plants to meet the future demand for energy.

The government seeks to keep pace with the growth rates and development expansions, as the current energy reserve will be consumed within six years. We need to provide other production capacities.

Egypt will keep spent nuclear fuel for 60 years inside a large concrete container in Dabaa area that would be tightly controlled to avoid radioactive contamination.

A number of countries have recently turned to the recycling of their consumed fuel.

Why did Egypt not agree with Russia on the disposal of nuclear waste?

No country has yet decided to dispose of its spent nuclear fuel, because the technological boom in the coming period may increase the uses of spent fuel.

Some countries use spent nuclear fuel in the manufacture of nuclear weapons.

Why did Egypt choose Russia to establish its nuclear station?

Russia has offered many incentives compared to other countries with the same standards of reactors and technology used in the world. Russia will also provide a government loan to establish the nuclear power plant at a low interest rate of 3%.

Egypt will receive a $25bn loan to build the nuclear plant, which will be repaid over 22 years. Egypt will start paying the first installment in 2029.

Russia is a strategic ally of Egypt, and there are some sections in the contracts, especially the operation and maintenance costs, that are lower compared to other countries, which doubled the operation cost in some cases.

Some countries, including Israel and the US do not want Egypt to move forward towards the establishment of a peaceful nuclear power plant.

Who will operate the Dabaa nuclear station?

Egypt will take over the full operation of the nuclear plant. Russia’s State Atomic Energy Corporation (Rosatom) will help in operating the nuclear reactors under their supervision and will provide technical support to the nuclear plant for ten years, with the possibility of extending cooperation for another similar period.

The nuclear power station will include about 700 engineers and technicians.

What are the economic benefits of establishing a nuclear plant?

The nuclear plant will benefit Egyptian industries, maximise the local component in nuclear plants by 30%, transfer nuclear technology to the country, provide training for Egyptian workers at the highest international standards, and support education and scientific research.

What is the environmental impact of the project?

The Dabaa nuclear plant will have the highest degree of safety and will be built to withstand all dangers, such as earthquakes, volcanoes, floods, and hurricanes, as well as collision of a plane weighing up to 400 tonnes. Egypt will need about 24 months to obtain safety and security approvals before it begins establishing the nuclear plant, which will not emit any pollutants or greenhouse gases.

41.7%, increase in value of implemented operations in building and construction sector by private sector in 2016

First gas import license to be granted in 2018

Dabaa nuclear plant contracts expected to be signed next month