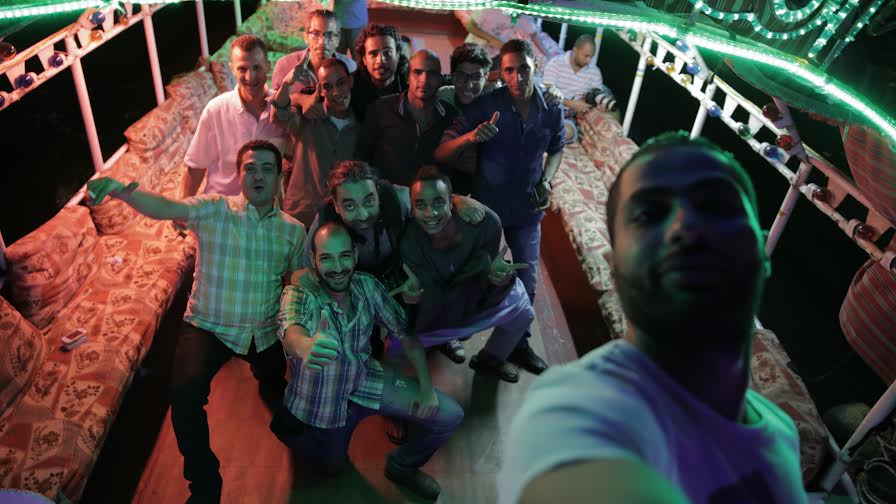 The most intriguing books are perhaps the controversial; the books that society bans for years before realising that nothing can escape the hands of readers. One such book that cannot be ignored or banned is the novel “Children of the Alley” by notable author and Nobel Prize winner Naguib Mahfouz.

The story of Children of the Alley, also known as “Children of Gebelawi”, is told through several generations of the main ancestor Gebelawi. The main character’s presence alone in the book created controversy. Opposing opinions did not appreciate the character’s allegory and what it represented in actuality.

The story takes place in the heart of Cairo and one of Gebelawi’s sons is favoured over his eldest son to manage the trust funds of the city. At first, the flow of events is no different from other novelsand nothing out of the ordinary happens. Nothing even seems controversial about the appearance of Cain and Abel at the start of the book, with different names but essentially the same story.

The trust fund then becomes an obsession for all the neighbours and Gebelawi is treated as some sort of a role model for everyone, someone more than just an ancestor. Embezzlers, tyrants, and the greedy take all the money by force and the rest of the city is left in poverty, hunger, and misery. When the city inhabitants pray to God, their concept of a deity is never explained and it unravels the mystery of the God they perceive.

In one of the recent editions of the book, Islamist thinker and former Secretary General of the International Union for Muslim Scholars Mohammed Salim Al-Awa wrote on the back cover of the book that Mahfouz never explicitly stated that Gebelawi is a figure of God.

Mahfouz has never in his life doubted the presence of God, Al-Awa said and a reader may understand what they want to understand but one should never doubt a Muslim writer who dedicated his life to literature.

Another point of view suggests that Gebelawi is only a symbol for religion and he said that in the book, people in the various generations perceive this religion and come to terms with it. This approach may be the closest to the writer’s own and could be the most relieving to those who regard Mahfouz as a prominent literary figure who contributed to the Arabic language and modern literature.

The chapters of the book, in parallel with Gebelawi’s mysterious character, tell us the stories of those brave, chosen figures from society to be favoured by Gebelawi himself. These characters appear almost identical to the stories of the prophets Adam, Moses, Jesus, and Mohammad. they are then faced with the malice of the society and guided by a mysterious power that they regard as Gebelawi himself.

By reading the different stories and with time, it becomes easy to think of these characters as the symbol of the religious figures in the society rather than actual prophets of God. Characters whose dedication, wisdom, and pure-heartedness suggest that a society can easily follow with blind eyes, unquestionably. However, it is hard to know why Mahfouz chose to write stories almost identical to the prophet’s.

From a stylistic point of view, Mahfouz always exceeds his reader’s expectations with his unique writing style, his use of Arabic vocabulary, and his power to keep the reader eagerly and impatiently waiting to know what is going to happen. He knew how to make faithful bookworms out of readers who may be reading him for the first time.

If anything, Mahfouz knew how to write and contribute to true literature of the mind. With his precise refined Arabic, it is hard, almost impossible, to find an author who would be able to outdo his writings. His twisted yet mind-boggling ideas become challenge to ignore because they at least inspire us to write more, create other worlds, and stay hopeful that literature will always have something to offer.

Between the mystic and the oppressed: Hammour Ziada’s world story of the marginalised