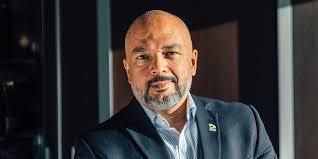 Hazem Metwally, CEO of Etisalat by e&, said that the company has a total of 9,000 cell towers across Egypt, after adding about 650 new base stations this year, noting that a capacity expansion is carried out annually for all stations with investments ranging between EGP 4–5bn.

This came during the company’s annual press conference on Wednesday, on the sidelines of the 42nd edition of the GITEX Global exhibition and conference, which was held from 10 to 14 October.

Metwally stressed that the 4G technology has caused a great leap during the last stage in upgrading the communications service.

He pointed out that the 4G is the latest boom in the telecommunications sector in Egypt, and the company continues to support its services to meet the growing customer requirements, noting that the company is also ready to operate the 5G services, when it is officially launched by the National Telecom Regulatory Authority.

He added that the telecommunications sector relies on long-term investments, even in difficult circumstances.

He added that inflation and economic conditions have caused a rise in operating costs, and that the company continues to pump new investments in developing the network despite the fluctuation of the foreign exchange rate against the pound and the increase in service operating costs, stressing that currency fluctuation is the most influential factor on costs.

“The Egyptian market is characterized by strong fundamentals,” he said.

Metwally explained the company’s intention to inject new investments in renewable energy sources to operate the network in line with the policy of the parent group, equivalent to a portion of its consumption of conventional energy, especially as its technical feasibility is constantly improving.

Metwally said that the company’s investment policy after changing its brand is based on the principle of acquisitions and mergers, provided that it adds value or establish entities, pointing out that the company’s projects in the new administrative capital are progressing at an accelerated pace

He explained that the parent group has a vision after changing the brand represented in the development of our role as a telecommunications operator in light of the existence of growth opportunities in different fields and providing more services to customers to transform from a telecommunications operator to a technology at the level of individual and corporate clients in all markets of the region.

He stressed that his company pays great attention to raising the efficiency of human elements and attracting strong specialized cadres, indicating that the coming period will witness a focus on technology and marketing departments, and there will be institutional steps in this regard.