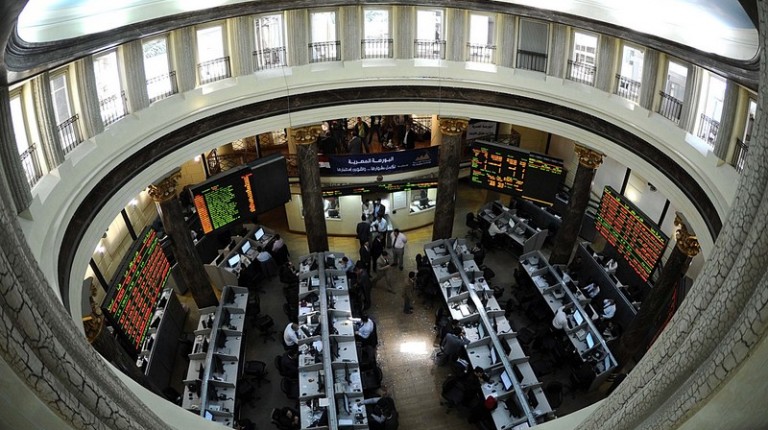 The decision by the Cairo Criminal Court to hold the defendants in the case of manipulating the Egyptian Exchange (EGX), including the sons of former president Hosni Mubarak led to the fall of the EGX indicators by 3.6%, making it the largest daily loss in the past five years. The EGX 30 was down by 553 points.

The panic caused individual traders to sell, accounting for 70% of transactions. The wave was led by Egyptians who sold EGP 6.2m of stocks, while foreigners sold about EGP 13.4m worth of stocks. This broke the last short-term resistance line at 15,000 points, which qualifies the market to complete corrective movement until 14,000 points.

According to Investment Manager at Royal Brokerage Hesham Hassan,  yesterday’s session was a special exception as a result of the negative psychological impact from dealers. It was not normal that EFG-Hermes would fall, despite positive news.

The company’s stock fell by 8.56% on Sunday, closing at EGP 15.59. The company said that Yasser Al-Malwani, one of the accused in the case of the Al Watany Bank of Egypt, has held the position of non-executive vice president since December 2014, noting that the company is not a party in the manipulation case and stressing that its operations are ongoing as usual.

It is likely that the market will rise again in the absence of more negative news, which would constitute a big loss for investors who sold the shares they had.

The market recorded a turnover of EGP 633.6m on 250.6m shares on 231,100 transactions. This includes shares of 180 listed companies, of which eight shares have seen increases, while 135 shares fell, and 37 remained unchanged. The capitalisation of shares settled at EGP 825.08bn, losing some EGP 25bn during the day.