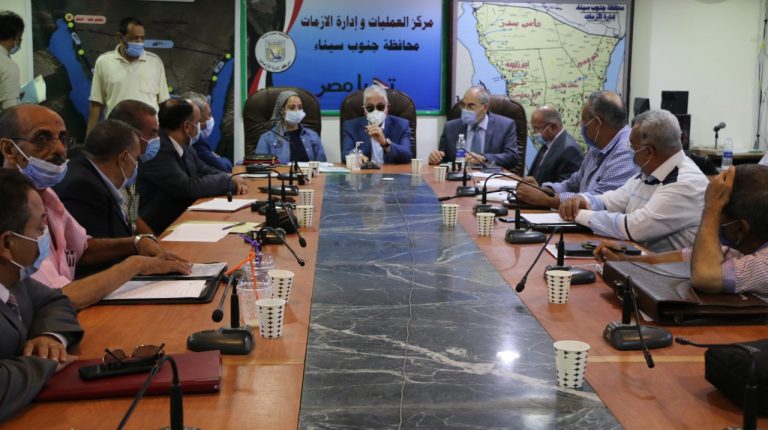 A delegation from Egypt’s Ministry of Planning and Economic Development has continued its tours in South Sinai, to follow up on work relating to digital transformation projects.
The delegation, headed by General Supervisor of the Localities Development Project Muhammad Ezzi, reviewed work being carried out in technology centres, automating services, and training on the municipal services portal.
Minister of Planning and Economic Development Hala El-Said said that her ministry is keen to participate in developing the performance of government services. A tranche of the work includes simplifying the procedures for obtaining these services, which will also be provided to citizens in a better and faster manner.
El-Said said that the work implements the pillar of transparency and efficiency of government institutions that form part of Egypt’s Vision 2030.
She added that the online localities services portal, which comes as part of the state’s digital transformation projects, is a platform that aims to save effort and time. It also facilitates and speeds up the process of obtaining services for citizens, and helps them avoid the hassle of going in person to offices.
For his part, Ezzi said that a meeting was held, as part of the visit, with managers of the technology centers and the system’s supervisors, to discuss the obstacles and challenges they face.
Ezzi also said that the efficiency of cities in the South Sinai Governorate is currently being raised. He added that coordination has been undertaking with the governorate’s Housing Directorate, to automate the system of issuing building permits for tourism projects and their integration with the local system.
The delegation also visited Sharm El-Sheikh, Al-Tor, Dahab, and Ras Sidr to follow up on workflow in these cities.