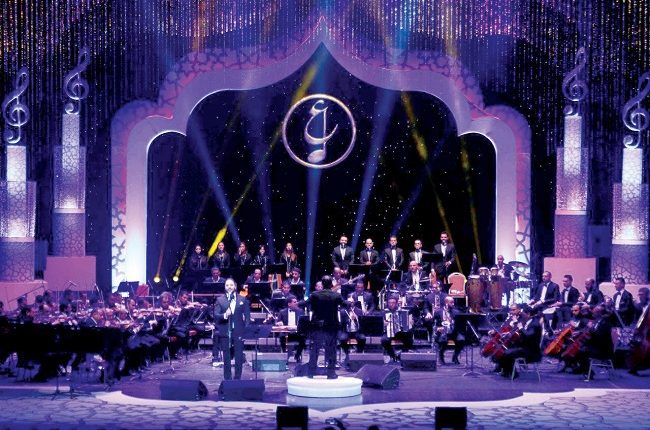 Egypt celebrates the launch of the 31st Arab Music Festival and Conference that aims to preserve the musical heritage of the region and pass it on to new generations, said Magdy Saber, President of the Cairo Opera House.

He added that the festival extends Egypt’s leadership in culture and arts in the Arab region.

Saber stressed that the Arab musical heritage dominated the world through different eras of history, and it will remain in this position as long as we develop new generations aware of their cultural and artistic heritage and civilization. This is the role that the Arab Music Festival bears on its shoulders.

“I thank Egyptian Minister of Culture Nevine Al-Kilani for her continuous support to the festival in a manner befitting Egypt and its ancient artistic civilization,” he said. “I would also like to thank all those in charge of the festival, as well as the artists and musicians, who responded to the festival’s call with passion and love.”

Daily News Egypt interviewed Magdy Saber to talk about the details and activities of the new edition of the Arab Music Festival, which was first launched in 1992, and has become the most prominent Arab music event in the Arab world.

What are the activities of this year’s festival?

This year’s festival celebrated the centenary of the birth of the late musician Ali Ismail. The activities will continue until 3 November. The festival includes 39 concerts with the participation of 99 artists from 9 Arab countries: Egypt, Morocco, Jordan, Lebanon, Syria, Iraq, Bahrain, Saudi Arabia, and Tunisia. The festival’s concerts will be staged at various opera theatres in Cairo (Fountain Theatre, Small Hall, Institute of Arab Music, El Gomhouria), Sayed Darwish Theatre, and Damanhour Opera.

The festival is accompanied by an exhibition of Arabic calligraphy at Salah Taher Hall for Fine Arts, featuring the creations of the honored artist Mohamed Youssef Abdel Latif Al Maghribi.

Why was the Fountain Theatre chosen to hold the festival instead of the Grand Theatre?

The festival is witnessing a huge turnout, which the Grand Theatre cannot accommodate, unlike the Fountain Theatre, as we increased its capacity to accommodate a larger number of audiences. Many modifications were also made to the theatre stands so that everyone had the opportunity to enjoy the concerts. It was equipped and upgraded to accommodate approximately 2,000 spectators per day. A huge screen has been installed in the background of the stage to harmonize with the general shape of the theatre.

Have you faced any difficulty in persuading artists to participate in the festival?

At the outset, I would like to thank all the stars participating in this edition because they are paid a symbolic fee. They believe in the festival’s message and its role and importance in preserving singing heritage. They became part of the festival and all of them welcomed the invitation. We did not face any difficulty in contracting with them, and they did not set any conditions for participating in the festival. The Arab Music Festival is very popular, and attracts major Arab artists. This year’s edition will be the largest in terms of the number of performers in the activities.

What were the main challenges that the 31st edition faced?

The Arab Music Festival is the most important and oldest festival in the Arab region. Since the launch of the first edition, it bears the responsibility of developing and disseminating the aesthetics of Arab music, whether through a scientific conference or parties, during which we are keen to mix Arabic music with creative voices that are popular with the public. This is for the purpose of providing a balanced artistic meal in line with the change of public taste as a whole. This is one of the most difficult challenges after we witnessed the changes taking place in the music and singing scene that affect future generations. On our part, we are trying to attract audiences of all age groups to create a musical culture for them through the various festival activities.

What about the participation of young singers?

My policy since I assumed the presidency of the Opera House is to support youth. We present a young talent in every concert. The festival also provides a space for young talents to perform. This is a basic tradition for us, and there are voices that were discovered through the festival and today have a distinctive presence in Arab music concerts.