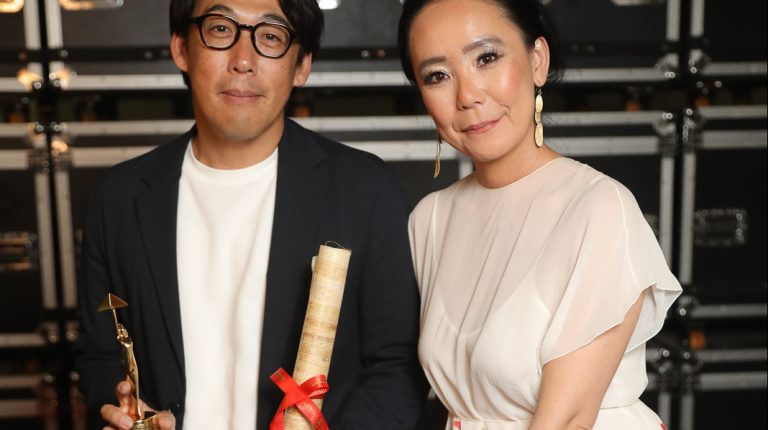 Over several days, cinema lovers enjoyed a wide array of films from all over the world. Most of these films have been recently honoured in other international festivals. This year, the festival management focused on strengthening its status.

The CIFF president said that the 44th edition was rich in its guests, films, and official competition juries, noting that the secret of the success of this edition was their pure love of cinema. Fahmy thanked everyone who contributed to the success of the festival, especially the Egyptian, Arab, and foreign media.

Fahmy said that many advised him to have fewer films shown at the festival, but he and the festival’s management insisted on increasing the number of films this year. He also confirmed that the audience had noticed the development that took place in the 44th edition of the festival in terms of organization, to increase the number of films and accommodate an additional audience.

Fahmy said: “Today, we completed all the activities in the best possible way that satisfies the festival’s attendees and all those interested in artistic and cultural affairs at the Arab and international levels.”

The task of the jury, headed by Japanese director Naomi Kawase, was very challenging to select the winning films. The films participating in the festival were distinguished by spotting pains, defeats, and political and social projections, but also present a glimmer of hope. Awards of the 44th Cairo International Film Festival are as follows:

Best Actress Award
Zelda Samson for her role in Love According to Dalva (Belgium, France)

The festival presented many films, between long fiction, shorts, and documentaries, all of which about human feelings, and what a human soul goes through daily. Amir Ramses, the director of the festival, said that there was a great role for women in the jury committees, adding that several Egyptian films that participated in the festival discussed women issues; including “My Friends” by Kawthar Hosni, “Mama” by Naji Ismail, “The Interview” by Hind Metwally, “The Devil’s Work” by Desyl Mokhtajian, and “Tinin” by Mohamed Fawy.