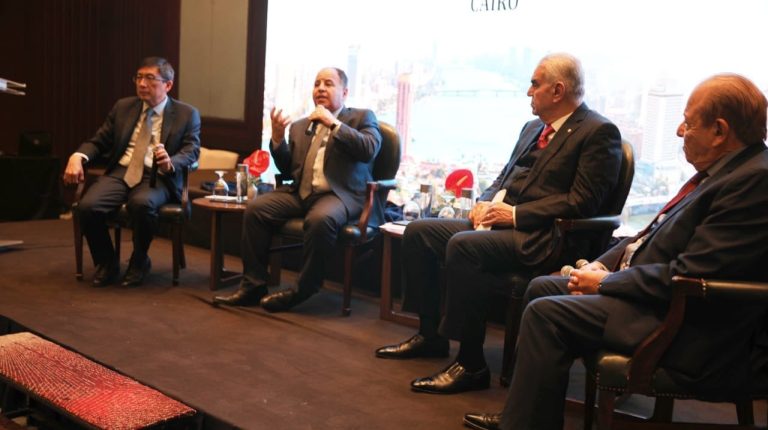 Egypt’s Minister of Finance Mohamed Maait affirmed that the government aims to attract foreign direct investments of $10bn annually, including the green economy.

Maait said, during the Egyptian-Singapore Business Forum, that the business climate in Egypt is attractive to increase domestic and foreign investments, pointing out that the golden license, the state ownership policy document, and the government offerings program are among the efforts made by the state to maximize private investments, and to allow the private sector to have a greater role in economic development through the exit of the state or the reduction of its role in a number of economic activities and fields

He added that the Egyptian economy achieved a good and reassuring performance during the past fiscal year ending in June 2022, despite the very difficult global challenges that cast a shadow on various countries, especially emerging economies.

He said that the government is looking forward to increasing Singapore’s investments in Egypt, to take advantage of the promising opportunities offered by the country in various sectors of sustainable development, pointing out that Singapore is one of the largest Asian countries investing in Egypt by about $1bn, with a portfolio of trade and investment projects between the two countries, which increased by 30%. over the past few years.

For his part, Dominic Goh, Singapore’s ambassador to Egypt, said that we are looking forward to more investments in Egypt, especially after the success of Singaporean companies in creating thousands of job opportunities in Egypt, pointing out that the Egyptian-Singapore Business Forum is a good opportunity for Singaporean companies to explore new partnerships with pioneers of the private sector of the Egyptian Businessmen Association.