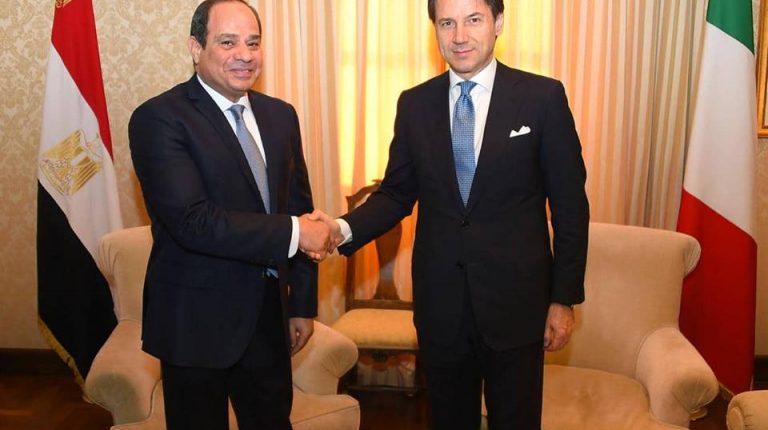 Egyptian-Italian business relations have been developing very well, vivid through the joint business forums, delegations, and the announcement of new Italian investments into Egypt.

At the same time, student Giulio Regeni’s case is still on the top agenda of four high-level meetings between Egypt’s President Abdel-Fattah Al-Sisi and Italian Prime Minister Giuseppe Conte in 2019.

Over the joint meetings with the Italian PM, President Al-Sisi praised the role of Italian companies operating in Egypt, highlighting Egyptian national projects and the opportunities it provides for Italian investors.

Counter-terrorism and illegal immigration efforts and the developments on the Libyan political scene were main parts of the leaders’ discussions.

Daily News Egypt dug into the recent economic approach between Italy and Egypt and its impact on the political views regarding Regeni, the Italian PhD student who was killed in Egypt in January 2016, after his abduction while studying trade unions in the country.

The Italian ambassador to Egypt Giampaolo Cantini met with Egypt’s Minister of Military Production Mohamed Al-Assar last Friday in the presence of the embassy’s military attaché’s staff to discuss the current and the future military production cooperation, according to a ministerial statement.

Both sides highlighted their fruitful cooperation in various fields including the defence and civil industries. In addition to the collaboration in manufacturing fields, such as cooperation with Rheinmetall Defence Group and Unical AG S.p.A working in the field of boiler production and other several Italian companies.

The statement added that both sides emphasised the importance of enhancing joint defence cooperation as well as economic relations, noting that there are many indicators that reflect promising opportunities to establish a fruitful industrial partnership between the two sides.

Al-Assar pointed out that the ministry’s goal is to cooperate with various international companies and institutions in order to technologically update and develop Egyptian manufacturers. The  Italian ambassador praised the historical relation between the two countries, and the positive developments witnessed during the recent period, stressing the importance that his country attaché in developing the joint relations. 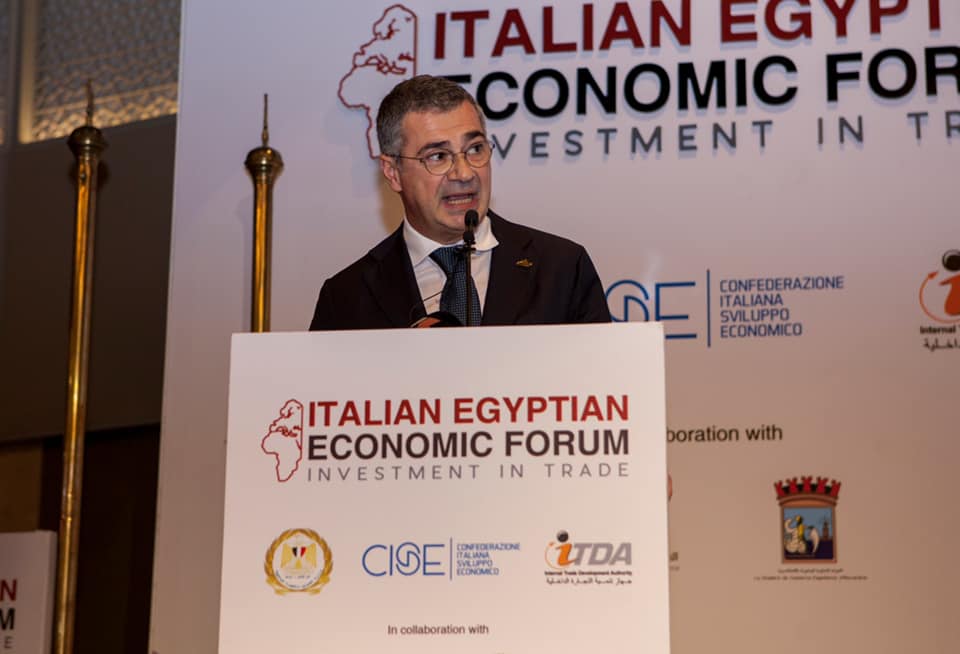 The ambassador also expressed his desire to increase Italian investments in Egypt by encouraging Italian companies to invest in the country. He recommends for various partnerships with the Ministry of Military Production due to the high technological, industrial, and technical capabilities of its subsidiaries.

An Italian delegation of about 15 companies concluded a visit to Egypt last Saturday after holding several meetings with senior Egyptian officials and private sector representatives for four days.

“We had a very successful business visit to Cairo where the companies had fruitful business to business (B2B) meetings to discuss future cooperation with their Egyptian counterparts,” Giuseppe Romano, president of the Italian Confederation for Economic Development (CISE) told Daily News Egypt on the sidelines the second Italian-Egyptian economic forum, held on Wednesday, organised by the Ministry of Supply and Internal Trade under the patronage of Prime Minister Mostafa Madbouly.

About nine economic agreements were signed during the visit which reassures the high potential of boosting economic cooperation, Romano noted.

“CISE includes 10,000 Italian companies and I’ve noticed their interest in investing in the Egyptian market, especially after the business climate’s improvement,” he added.

A number of Italian companies will invest in the New Administrative Capital projects, yet the names of the companies are confidential, he said, noting that the new investments will  be implemented in partnership with Egyptian partners to bring Italian innovation to new Egyptian cities.

On 15 September 2019, Minister of Supply and Internal Trade Ali Al-Moselhy kicked off the first Egypt-Italy economic forum in the Italian city of Naples, where a large number of Egyptian companies and about 200 Italian companies participated in the four-day forum.

September’s forum included the signing of an agreement between Egypt and Italy to enhance close cooperation between both countries in technical rehabilitation, exchange of expertise, and support of mutual investments. 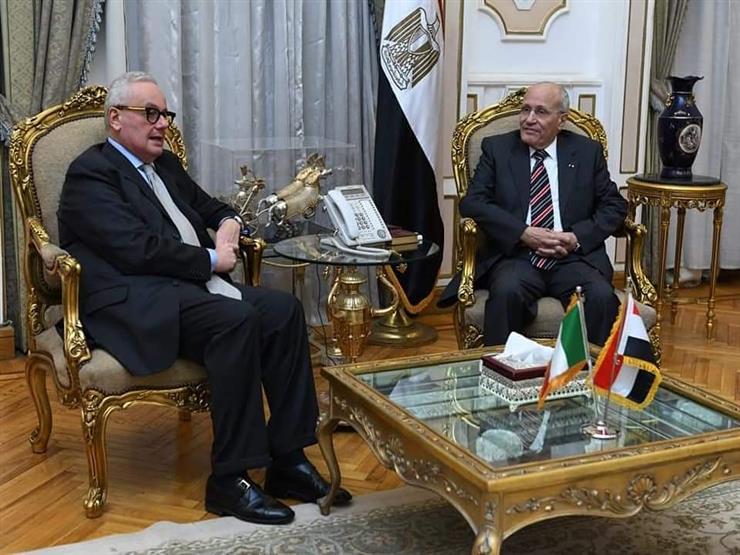 For his part, Al-Moselhy told DNE last Wednesday that his ministry is closely studying internal market models in Italy, Spain, and France to develop local markets.

“We aim to establish real local markets upon the world’s highest standards. We will also launch the Commodity Exchange by end of December 2019 as part of our efforts to develop our markets,” Al-Moselhy noted.

Trade exchange between Egypt and Italy hit $7.2bn in 2018, according to Minister of Trade and Industry Amr Nassar in a statement last Wednesday.

The family of Giulio Regeni demanded that Rome withdraw its ambassador to Cairo for a second time in response to what they say is Egyptian pressure on their lawyers and efforts to prevent investigation into their son’s death, according to global media reports in June 2019.

“Enough is enough,” Paola and Claudio Regeni said in a joint statement with their lawyer, Alessandra Ballerini. “The withdrawal of the Italian ambassador from Cairo can no longer be postponed.”

Italy withdrew on 8 April 2016 its ambassador to Egypt, Maurizio Massari after the murder of Giulio Regeni, who, at the time, conducted critical academic research on Egyptian labour rights and trade unions.

Italy has returned its ambassador to Egypt after evidence proved Egypt’s good standing.

Furthermore, ambassador Hisham Badr presented his credentials to Italian President Sergio Matrella to take up his post as Egypt’s ambassador to Rome, almost a week after the Italian ambassador Giampaolo Cantini came to office in September 2017.

For his part, Rakha Ahmed, former assistant minister of foreign affairs, said that revealing more information about Regeni’s case will help Egypt to recover its historical relations with Italy.

Economic cooperation with Italy is developing very well, Ahmed asserted, noting that Italy realises Egypt’s leading role in the Middle East and North Africa and Egypt’s consultation over the Libyan political scene, which is always on the top agenda of the leaders’ discussions.

Moreover, Italian prosecutors confirmed they had requested further evidence from their Egyptian counterparts after a new witness came forward testifying that one of the five accused men was overheard discussing Regeni’s kidnapping at an African security conference in 2017, according to media reports past June. 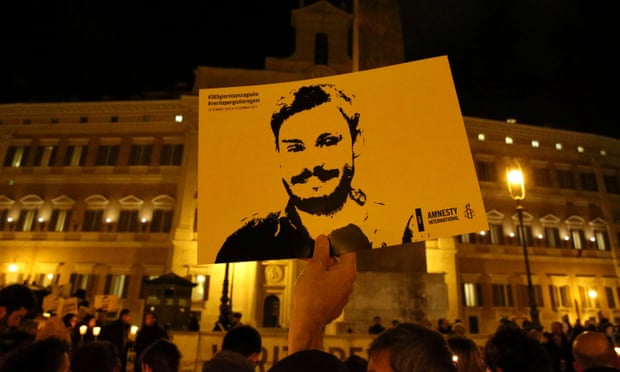 The Rome prosecutor Sergio Colaiocco, who is leading the investigation into Regeni’s murder, said, “We have sent the authorities in Cairo an international rogatory [letter of request]. We can’t disclose its contents. But we can say that our request is related to the new witness and that we’ve had no answer since then.”

Regeni disappeared on 25 January 2016, and his body was found bearing signs of torture on an outlying Cairo desert road on 4 February that year, generating suspicions that Egyptian officials were involved in his disappearance and his death

Earlier in 2018, Rome prosecutor Giuseppe Pignatone stated that he believed Regeni was killed because of his research, which focused on trade unions in Egypt. His death provoked a significant break in Italian-Egyptian relations, with Italy recalling its ambassador to Cairo between April 2016 and September last year.

A closer look at these historical relations

Egypt and Italy have long, strong relations, since the Ptolemaic Era and roman Empire.  In the modern era, the exchange of ambassadors between the two countries began in 1914. These relations ceased in between 1940 and 1945, almost through the entirety of World War II.  Then relations became positive, and Egypt and Italy have become members of the Union for the Mediterranean, according to the State Information Service (SIS).

After June 30, there were major developments in the Egyptian-Italian relationship. This  has been witnessed in their political relations, official visits, and the Italian government’s support to the Egyptian road map on 30 June.

The Italian government supports Egypt in its war against terrorism that has spread in many neighbouring countries, especially Libya.  The two countries are affected by what is happening in Libya and are working to support the efforts of rebuilding the Libyan State and preventing its fall into the hands of the terrorists.

We invested $1bn in a year and a half in modernising the information infrastructure: CIT Minister

World economic growth projected to pick up in H2 of 2019: IMF